These hard-working individuals have served the AMEA as the top executive since the creation of the position in the 1990s. Source: https://tinyurl.com/ed-source-amea Lacey Powell was the first band director at the University of South Alabama, appointed in 1965. He later served as Executive Director for the Alabama Music Educators Association.  Dr. Powell received his bachelor’s from Troy State University, master’s from VanderCook College of Music (Chicago), and PhD from the University of Alabama, with additional study at Northwestern University.

Dr. Powell was a member of the 43rd Division Army Band during the Korean Conflict. He was a member of the Mobile Symphony for seven seasons and a charter member of the Mobile Symphonic Pops Band. During his career at Georgiana High School, Andalusia High School, and Davidson High School, Dr. Powell’s bands received only Superior ratings at the Alabama Bandmasters Association State Competition Festival. Before joining the faculty at the University of South Alabama, he was Supervisor of Music for the Mobile County Public Schools. As part of the bicentennial celebration, Dr. Powell was director of the “Marching 200,” the official Alabama bicentennial marching band, which performed on three national telecasts.

Lisa Latham has been actively involved in music education in Alabama for the past 24 years. She received her undergraduate and master’s degrees from The University of Montevallo and has taught all levels from preschool to college.

Mrs. Latham has served in leadership roles in AVA, ACDA and AMEA, and as a clinician and adjudicator around the southeast. Mrs. Latham currently serves as the elementary music specialist at Trace Crossings Elementary school in Hoover, as well as the preteen and middle school choir director for Hunter Street Baptist Church.

In 2013, Mrs. Latham received the first Robert E. Wright, Jr. Award for Exceptional Service for her 23 years of work with the Alabama ACDA Young Voices Festival, a work she continues to this day. Latham has also been recognized as a secondary Teacher of the Year for Hoover City Schools and is currently pursuing National Board Certification.

Latham believes her job as a music educator is to see the person first and the music second. Her passion is a well-rounded music education for every child, regardless of circumstances. Her most treasured role and accomplishment is mom to three beautiful daughters, Piper, Emmie and Sutton, and wife to husband Jason. 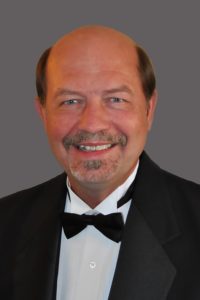 Garry Taylor retired after a thirty-one year career as a band director, serving most of those years at Cullman High School in Cullman, Alabama. Mr. Taylor received his Bachelor’s Degree in Music Education from Auburn University and Master’s Degree and A.A. Certificate from the University of North Alabama. He served as Vice-President and President of the Alabama Chapter of the International Association of Jazz Educators. He served twice as Chairman of the Alabama Bandmasters Association, District III as well as Recording Secretary, Vice President, and President of the Alabama Bandmasters Association. He received the National Band Association Citation of Excellence, was selected as an “Outstanding Young Man of America”, inducted into “Who’s Who among American High School Teachers” was selected “Featured Alumnus” of the Auburn University Bands, and is the recipient of the AMEA Barbara Odom Distinguished Service Award. In 2015 he was inducted into the Phi Beta Mu Alabama Bandmasters Hall of Fame. Mr. Taylor is Executive Director of the Alabama Music Educators Association and Editor of Ala Breve, the official publication of AMEA. He currently conducts the Cullman Community Band and often serves as guest conductor of honor bands and as an adjudicator throughout the Southeast.