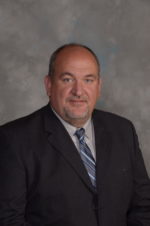 We are ABA! As cliché as it seems, that is the phrase that is stuck in my head coming home from the 2019 All-State Band Festival. In my time on the board, we have striven to make the organization stronger, moving in a forward direction to serve our membership and their students. With this festival, there were numerous acts of teamwork, professionalism, and evidence of the undeniable importance of music education in the state of Alabama.

I would like to first commend and congratulate Regina Raney and Emily Parker, chairman and vice chairman of District I. Their organization and forward thinking created an experience of professionalism and teamwork. The directors of District I did an outstanding job stepping up with great attitudes whenever needed. Huntsville was truly welcoming for ABA considering all the activities of the week. Vicky Yates and her staff at the VBC were truly great.

Our All-State Festival began with the super solo festival at UAH on Wednesday. Close to ninety participants signed up for the competition. Our judging panel of Dr. Meghan Merciers, Dr. Jimmy Simpson, Dr. Rusty Logan, Dr. David McCullough, and Dr. Grant Dalton had the daunting task of listening, adjudicating and scoring the finest musicians in our state. Dr. Merciers and Dr. Simpson began at 8:00 am and judged until 7:00 pm. After a long day of great music, our eight finalists were chosen. The finals concert was amazing! It is proof that music education is alive and well in our state. The finalist were 8th place Brooke Bailey, Hewitt Trussville HS; 7th place Caroline Habig, Hoover HS; 6th place Emily Warren, Hewitt-Trussville HS; 5th place Jackson Hanks, Hoover HS; 4th place Theo Hornsby, Trinity Presbyterian; 3rd place Anna Grace Hargett, Spain Park HS; 2nd place Samantha Trentacoste, Oak Mountain HS; 1st place and winner Henry Otts, Fairhope HS;. This year in addition to the Alabama Bandmasters’ Association award of $500.00 to the winner, several universities awarded scholarships to the winner and all the other finalists. The scholarships are as follows:

On Thursday we began the day setting up bands, moving percussion equipment, and preparing for auditions. Keith Anderson was outstanding in serving as percussion coordinator. Organizing the long lists of percussion from four different schools is an enormous task. Many directors from District I arrived early to set up and moved right into judging chair placements. Emily Parker’s organization of the chair placements made for one of the quickest audition days. There were approximately 640 students auditioned in three hours and fifteen minutes. Many thanks to Emily and the staff at First Baptist Huntsville. Next came clinicians arriving and meeting hosts and preparing to make great music with the enormous bands in two days. Our band hosts; James Champion, Red Band; Mike Guzman, White Band; Heather Henson, Blue Band; and Connie and Tim Hammond, Middle School Band made the impossible possible with their tireless work and effort. As the first notes began it was obvious that the concert on Saturday was going to be spectacular. Our clinicians; Dr. Cynthia Turner Johnston, Dr. Catherine Rand, Dr. Dennis Llineas, and Dr. Liz Jackson. Kirchhoff began rehearsals with some very high expectations of our students. From Carmina Burana ringing from the Blue Band, Longford Legend from the Middle School Band, Amparito Roca from White Band and Red Band’s Of Our New Day Begun, the buzz was going around. Our students were engaged and ready for the task before them. While the bands were beginning rehearsals, the ABA board was working in a board meeting. Discussion, evaluating and planning on how we can make our organization better in every way. It has been my privilege and goal that as a board, we are here to serve, evaluate and grow as an organization.

This year, our Friday night concert was the UAH Wind Ensemble under the direction of Dr. David Ragsdale. What an amazing end to the days of rehearsal. From auditions through beginning notes of the All-State bands and finishing the day truly hearing what a university band is capable of achieving was a great example of how music education works. From the heights of joy to emotions of remembrance of loss, the UAH Wind Ensemble took listeners on a roller coaster ride with some unexpected fireworks thanks to Panoply Arts Festival. With all the activities on Friday at the VBC, the set up for the rehearsals and concert had to happen at 6:00 am. A team of our directors came to the arena and in a little over 30 minutes, the arena floor went from a blank floor to an All-State set up of four bands. Teamwork and cooperation were prevalent along with the fun we had working together.

As the concert approached there was much excitement from students and directors. The concert was inspiring and provided more evidence that instrumental music education is thriving in Alabama. The professionalism, teamwork, and excellence was what I had hoped for at the end of my term as president. This only sets the stage for other great performances and experiences for our directors and students. As the concert closes and we all began our travels home, it is important to reflect, evaluate, and begin preparations for what is next. I have been so honored and humbled by the members of the ABA Board for supporting, guiding, and encouraging me during my term. Becky Rodgers Warren instilled in me the ideal of servant leadership. It has served me well and I thank her. Following Mike Holmes as president has been a great experience. His wisdom, patience, and forethought are what I have always admired in him as a teacher and a fellow member of the board. Our organization is in very capable hands with Terry Ownby and Joel Henson. I look forward to serving with them for two years. At this event, our executive secretary Harry McAfee announced his resignation effective the end of June. Harry has been our lighthouse throughout the years. His contribution and dedication to our organization have been a model to us all. We thank him for his service and will be celebrating his time with us at the summer conference. We all owe Harry a debt of gratitude for his years as Executive Secretary.

As we begin to look forward, we must continue to look for ways to promote and better the organization and music education. As the ABA Board moves forward please read the emails, search out the bylaws, become familiar with how the organization works and above all else, SERVE. Whether it is your students, those from across the state, or your organization, roll up your sleeves and let’s see what is possible for our membership, our state and most of all, our students.